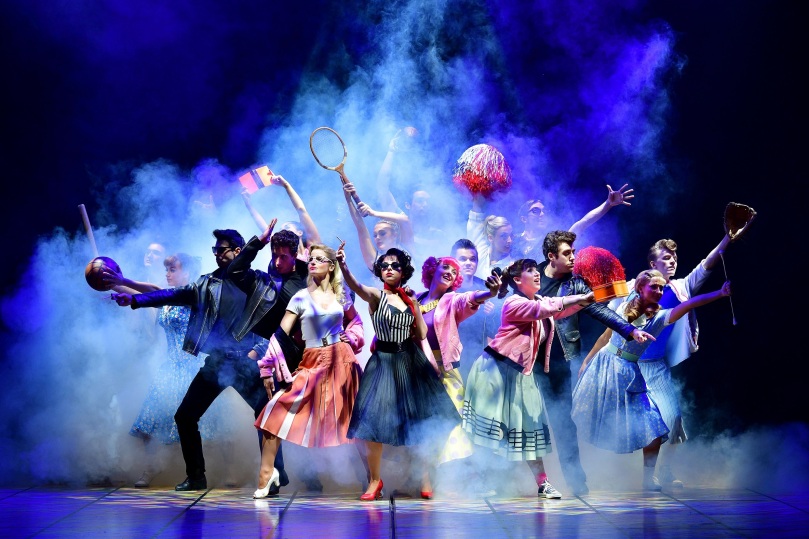 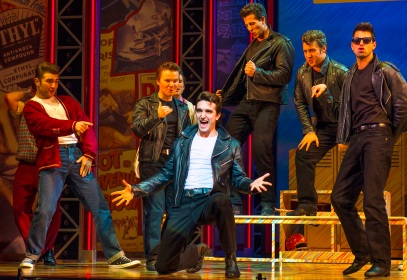 Way back in 1970, Jim Jacobs & Warren Casey started penning a musical which looked back to their own teenage hijinkerie in 1950s America. Starting off in the draughty old former trolley barn that was the Kingston Mines Theatre in Chicago, within a year their baby was embedded on Broadway & by the end of the decade had been transformed into one of the greatest musical films ever made. Grease is an eternal, funthrobbing time-capsule of a classic, & it is great to see director David Gilmore touring Britain with a young cast of talented pseudo-American ‘teenagers.’ Watching Grease for the first time on the stage, I realised that Hollywood had taken liberties with the book, creating a topsy-turvy version that would please the filmgoer more. Thus, watching the pure version for the first time was a great sensation – a few lovely surprises tossed into the ever-familiar progress of a full academic year at Rydell High. As a kid myself, whomever got up first between me & my sister at the weekends got to pick the morning’s video. If it was me, it was Raiders of the Lost Ark, if it was my sister it was either Dirty Dancing or Grease – thus the entire script & score of Grease is embedded in my psyche! 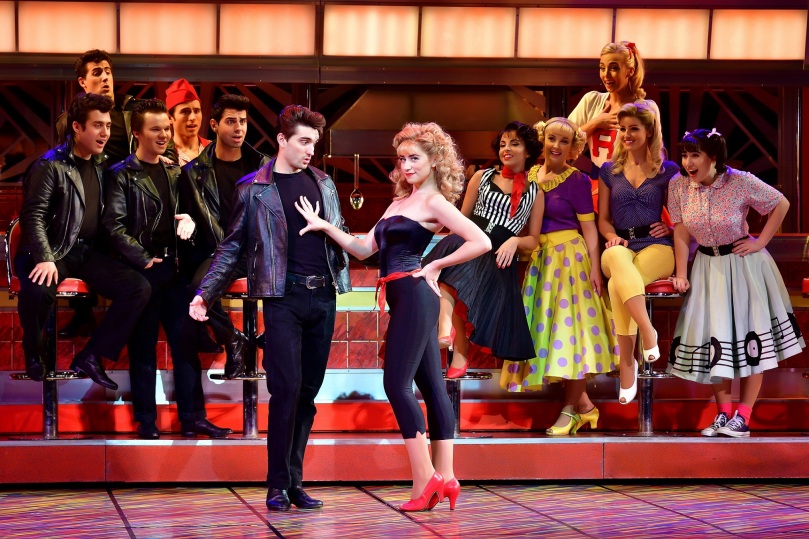 ‘I don’t know why I ever liked you Danny Zuko…!’

There was a genuine & lovely rapport between our leads, The Wanted’s Tom Parker as Danny – fresh into his first foray into Musical Theatre – & Danielle Hope as Sandy. In a recent interview with the Mumble, Tom – who heralds from Bolton – spoke of that chemistry’s core tenet, stating that Danielle was;

From Manchester as well, actually, so we share a common ground, we have quite the same sense of humour, or example, I really like Danielle, shes a total pro & I’ve learned a lot from her to be honest

Danielle, the ‘total pro‘ as Tom calls her, arrives on the Playhouse stage via a more formal route through the halls of Musical Theatre Academe – performing at the Royal Variety along the way – & some of her renditions of Sandy’s songs are simply sublime. The rest of the teenage wolf-pack were excellent too, with Alessia McDermott & her nimble dancing feet making a stand-out Cha-Cha, while Oliver Jacobson was a highly entertaining & bubbly Roger. I even, for once, enjoyed ‘Beauty School Drop-out.’ I always used to fast-forward the bit in the film with that song, but its natural set-piece home is of course on the big stage, & was delivered in Edinburgh with a sexy & caricatured ensemble of poppy pezzazz. 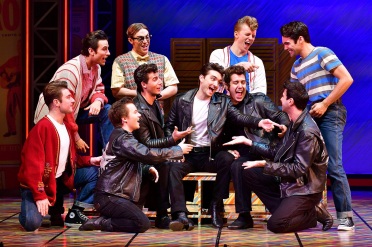 Post La-La Land, musicals are cool again, but Grease simply has to be the coolest of them all. For this particularly silky-slick rendition, above the proceedings the band dished out music like a prostrate Showaddywaddy; sometimes funky, sometimes not quite on the pulse, but never lacking in vibes at any point. The sets were startlingly striking – like showbiz dynamite – cohesive & transportative, & the whole package when combined gives Grease 2017 an edge over many of its competitors. From the moment the T-Birds & Pink Ladies burst onto the stage in an explosion of life, sound & colour – with ‘Grease is the Word’ rebounding about the excellent acoustics of the Playhouse – to the vibrant medley at the end, one really could not take one’s eyes of proceedings, nor stop tapping one’s feet. Fantastic & universal stuff! 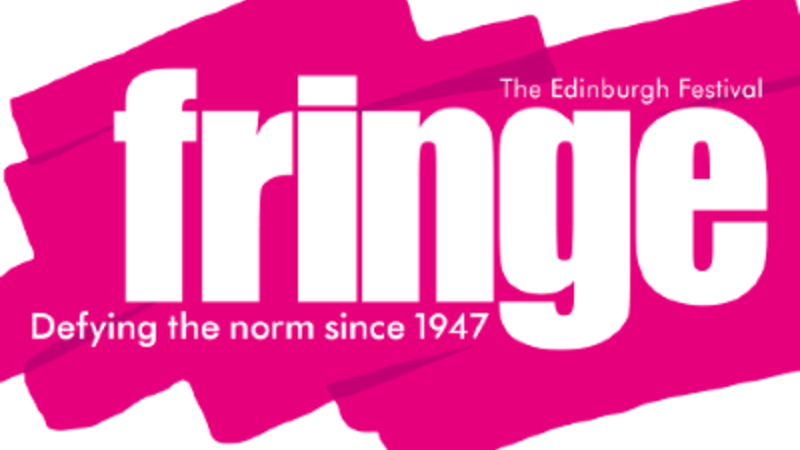